Today, as I stood in this quaint and beautiful store at Sab Mall Noida, a haven to a rare collection of gems and crystals, I overheard the gentleman at the counter, speak to a fellow customer, mentioning his hometown as Lucknow, locality as Nirala nagar, and the house no. the next to where I grew up...I stood rooted for a moment. I couldn't believe he was one of those boys, our next door neighbour!! !! I waited until he was free and approached him with a knowing smile, "Hi, I couldn't help but hear you say that you're from Lucknow, are you one of the Maheshwaris?” After a series of excited and animated exchange of notes, of bonding over the old times and fond memories of our locale, a feeling of enormous respect and admiration encompassed me.

Desh Maheswari, sixth in a family of eight brothers has come a long way from those days of selling malas. I vividly remember how all the eight brothers along with their docile mother, diligently, religiously, strung beads into a thread and sold these in the neighbouring houses. Day in and day out, this was their routine after school, their sole source of income. We sisters, found these boys a little strange. We never saw them outside their homes playing gully cricket or kanchas, like the other boys. Introvert and shy, we had minimal interaction then. So I was surprised when he inquired, “Are you the eldest of the three sisters? I always admired how your parents gave you three the best of education and led an exemplary life themselves.” Even as I responded to all his queries, I realised how he cared and knew quite a bit about our lives, whereas all we knew about them came from hearsay. Looking at him today, I realise Life is a Teacher in itself, providing much more valuable lessons than what textbook/school education can. 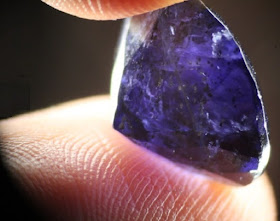 As I look around his shop, which is incidently named after him, I could sense the sweat and the blood that he has shed to get to where he is today. The shop, though small in area, was well organized with an array of alluring gemstones in various shapes, strung out to form beautiful pieces of jewellery, each of which had its own merit and purpose, as explained to me by Desh. Agate, Amethyst, Tiger eye, Citrine, Moonstone – he could count off so many from the top of his head with a detailed explanation of their properties too!

A short while into our conversation, I see Desh, pulling out a file from his drawer, "Did you ever hear about my short acting stint?” he asked with a glint in his eyes. I recalled there was a rumour that one of the boys had gone to Mumbai to try his luck as an actor. Curious and bemused now more than ever, I glanced at the file he had taken out. It contained numerous cuttings from old magazines and newspapers. "I gave my first screen test in 1973" he said boyishly. This day was turning out to be quite thrilling. I resisted the urge to call up my Mom and elder sister to share all this and concentrated on what Desh was telling. He had acted as a child/teen actor in Hindi films Badla, Jagriti, Khoon Pasina and many more.


"Wow, so how did this journey from an actor to a jeweller come about?” I asked.
"Sister, one has to come back to one's nest sooner or later. Since when I was a kid I had this fire in me to become something, to become Dhanwaan. That was the reason I was tempted to the’ Celluloid Capital of India’, and although I had bagged a few roles in small time films, yet there was no certainty in that line. So I moved to Delhi, to do what I knew best, threading beads to make simple jewellery, though now the beads had been replaced by precious stones. I gained knowledge about Gemology, healing stones, crystals and the lot. The more I studied about this filed the more it fascinated and intrigued me”.
There is so much positive energy about him. It is all in the stones, Desh points out. "I started this shop in 2002, to introduce people to the power of healing stones and how this can help achieve physical and mental peace". With an experience of about forty years now, Desh has an infallible and unfaltering knowledge about natural healing and the inherent ability within each individual to self-heal themselves using their natural environment. Just being with him for a few hours, listening to his life journey one feels inspired, motivated and empowered to seek ones true God given purpose and not waste away the precious time that one has in hand.
Over a cup of tea we discussed about our children and families and I picked up a couple of elegant pieces of jewellery. The very next day when I wore one to school, I had no idea that there would be quite a few of my colleagues making a bee line to this
amazing store of gems.
Now, with a clientele which includes the rich and famous, and a business that is fast expanding worldwide, I marvel at how grounded this man still is. Not blinded by success, deep rooted in his culture, humble at heart – this entrepreneur has a long way to go. 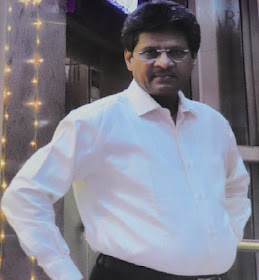